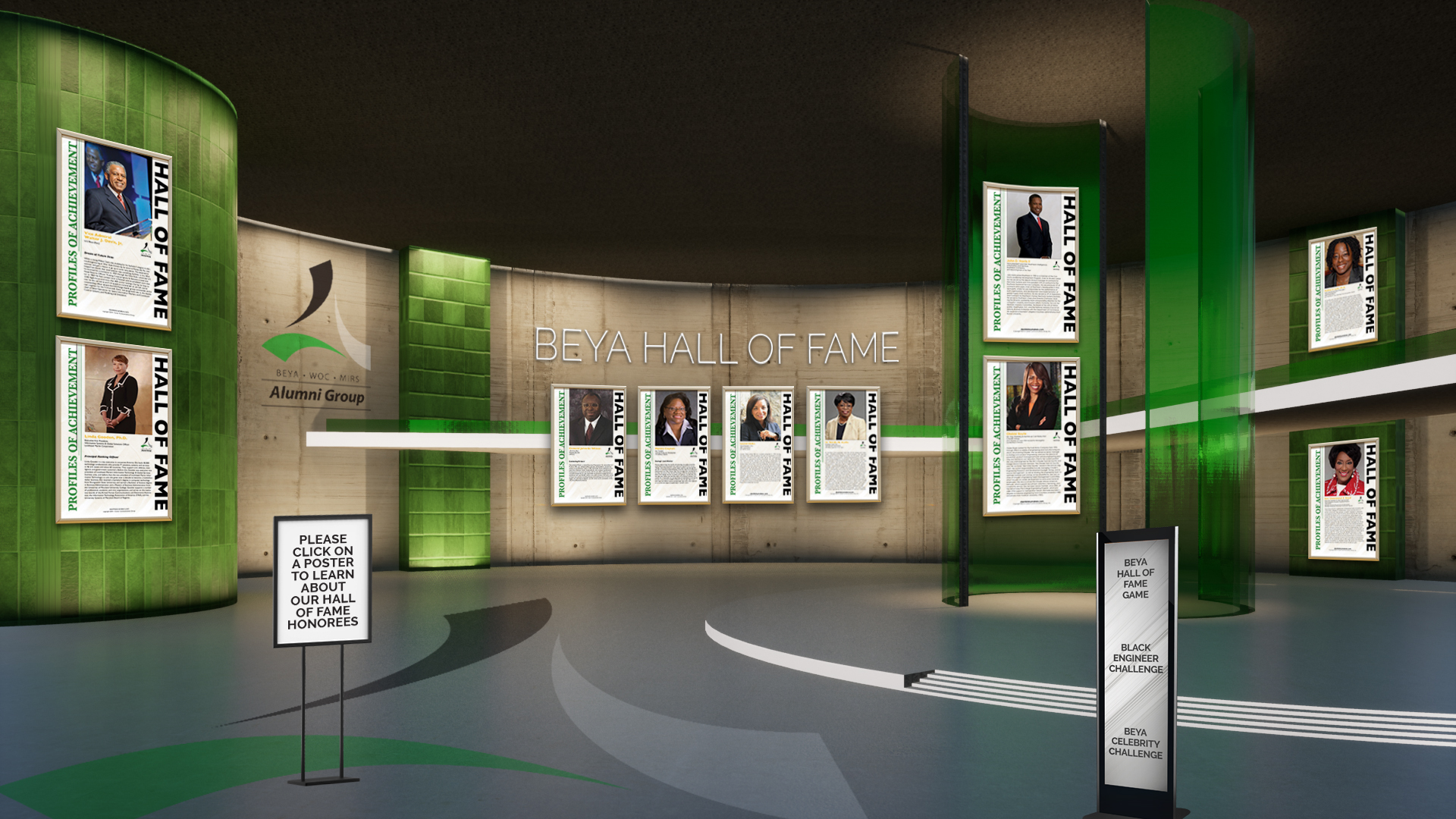 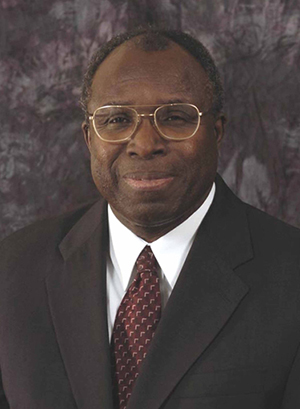 Gen. Wilson is a retired four-star Army general. He entered the U.S. Army in 1961 as an enlisted soldier and was commissioned a second lieutenant in the Ordnance Corps in 1967. Much later, he was selected to command the Ordnance Center responsible for the training and professional development of thousands of soldiers, NCOs and officers. Following this successful assignment, he was responsible for personnel management for a workforce with over 80,000 military and civilian members. He held a variety of important positions including deputy commanding general of the Army's largest and most diverse logistics unit. He retired as the commander of the U.S. Army Materiel Command. 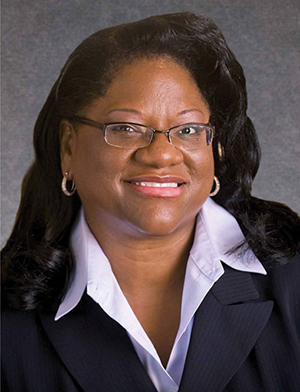 Norma Clayton brings the benefits of technology to people around the world. Mentoring young people also makes up a big part of her succcess. "People need strong mentors, a good support system, to get through life," she said on receiving her Black Engineer of the Year Award for Professional Achievement more than 10 years ago. "I feel strongly about teaching kids to live their own dreams. They have to find things in life they are passionate about. The challenge we face, as parents and mentors, is to help them find the right way." Clayton has been described as The Boeing Company's lead mentor. She is responsible for training, design and development of programs focused on ensuring that 160,000 employees have the right skills to perform theier jobs. Clayton mentors young people who aspire to be engineers or are in the early stages of engineering or scientific careers. 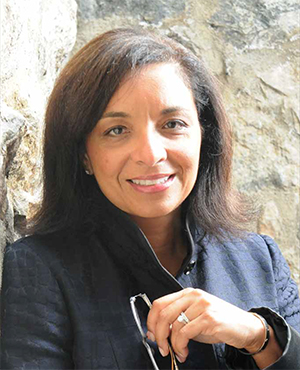 Lauren States joined IBM as a systems engineer in 1978. During her time in IBM’s software group she built an organization of 5,000 technical architects and specialists along with management systems and supporting business processes. She also identified the need to provide mentors and sponsors to employees that may otherwise be overlooked among 100,000 individuals in the United States. Since then, over 30 candidates have been promoted to executive rank. More recently as a senior executive on IBM’s integration and values team she was responsible for transforming processes for skills development, knowledge management and career progression for IBM’s professional sales force. In her current role, she is responsible for technology strategy for IBM’s growth initiatives including cloud computing, Smarter Planet, business analytics and growth markets. States co-chairs the IBM North America Black Constituency Council, chairs the Board of Visitors for Northeastern University College of Business, serves on the board of directors for MoJo (momsandjobs.com) and is a member of the Executive Leadership Council. 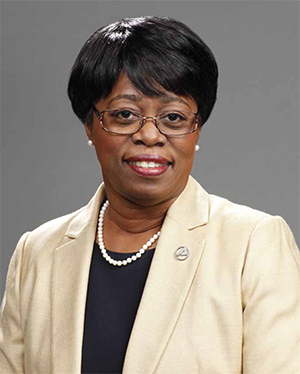 2009 Black Engineer of the Year

Dr. Wanda Austin is president and CEO of The Aerospace Corporation, a leading architect for U.S. space programs. She assumed this position in January 2008. Previously, she was senior vice president (SVP) of the company’s National Systems Group, which supports the Intelligence community in the acquisition, launch, and operation of advanced technology space systems and their ground stations. She was also SVP of the Engineering and Technology Group, directing a staff of 1,000 engineers and scientists working in space-related disciplines. Austin is internationally recognized for her work in satellite and payload system acquisition, systems engineering, and system simulation. She is a member of the National Academy of Engineering, a fellow of the American Institute of Aeronautics and Astronautics, and a member of the International Academy of Astronautics. She is committed to inspiring the next generation to study STEM disciplines and make science and engineering their preferred career choices. Under her leadership, a number of national initiatives are supported by Aerospace Corp., including participation in MathCounts, US FIRST Robotics, and Change the Equation. Austin earned a bachelor’s in mathematics from Franklin & Marshall College in Lancaster, Pennsylvania, master’s degrees in systems engineering and mathematics from the University of Pittsburgh, and a doctorate in systems engineering from the University of Southern California. 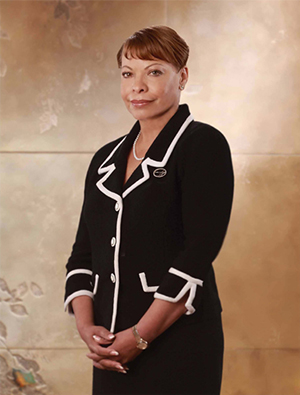 Linda Gooden is a top executive in corporate America. She leads 40,000 technology professionals who provide IT solutions, systems and services in 46 U.S. state and about 60 countries. They support civil, defense, intelligence and government customers. Before this, Gooden was executive vice president of Lockheed Martin's Information Technology & Global Services business area, and before that she was president of Lockheed Martin Information Technology -- a unit she grew over a decade to become a multibillion dollar business. She receieved a bachelor's degree in computer technology from Youngstown State University, and earned a Bachelor of Science degree in Business Administration and a Masters of Business Administration from the University of Maryland University College. Gooden supports a number of professional, academic, and civic organizations, and serves on the executive boards of the Armed Forces Communications and Electronics Association, the Information Technology Association of America (ITAA), and the University Systems of Maryland Board of Regents. 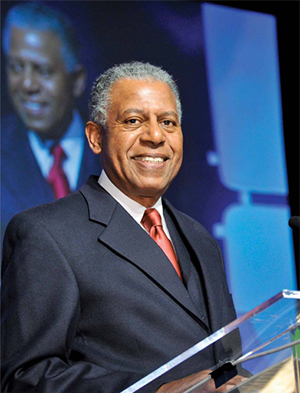 While a young Walter Davis was studying for his bachelor's degree in electrical engineering at Ohio State University, he went to Pensacola, Fla., one summer and got a chance to go up in some navy planes. The experience helped him decide that naval aviation was something he'd like to try. After he received his commission in 1959 through the Ohio State University U.S. Naval Reserve Officers' Training Corps program, he became a naval aviator in 1960. He flew combat tours in Vietnam and accumulated more than 3,500 flight hours and more than 800 carrier landings. During his long career, he also served as an F-14 squadron commander, an aircraft carrier commanding officer aboard the USS Ranger, battle group commander, and a navy engineer for the F-14 aircraft. Davis' last assignment was as the deputy chief of Naval Operations for Space, Information Warfare, and Command-Control Systems, and Modeling and Simulation. 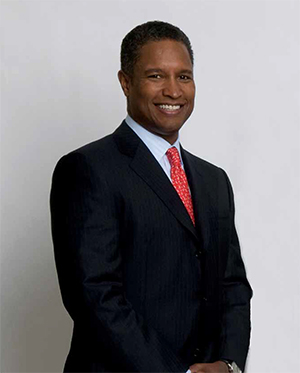 2010 Black Engineer of the Year

John Harris joined Raytheon in 1983 as a member of the Contracts Leadership Development Program. Over his 30-year career he has served as the deputy division manager of contracts for Electronic Systems and vice president (VP) of contracts for the Raytheon Technical Services Company. He was previously VP of contracts and supply chain at Raytheon’s headquarters in Massachusetts, where he was responsible for the performance of both organizations, and development and implementation of global supply chain solutions. He also served as VP of Operations and Contracts for Raytheon’s former Electronic Systems business. He served as Raytheon’s Executive Diversity Champion, leading the Diversity Leadership team and providing direction for the company’s diversity and inclusion efforts. Currently, he is on the NextGen Advisory Committee, the Board of the USO of Metropolitan Washington, D.C, and the National Advisory Council on Minority Business Enterprise with the Department of Commerce. He received a bachelor’s degree in business administration from Boston University. 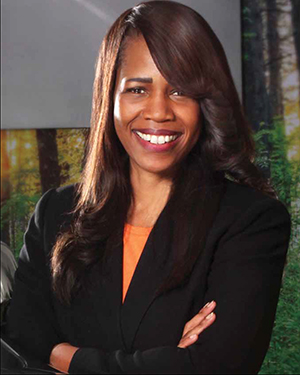 2012 Women of Color STEM Award for Managerial Leadership in Industry

Olabisi Boyle worked for the Ford Motor Company from 1995 through 2004 in a variety of engineering and manufacturing positions. Since joining Chrysler, she has served as senior manager in strategy and product engineering, and was the director of powertrain product management and vehicle engineering planning and technical cost reduction. Prior to her current position, she was chief engineer for the 2011 Chrysler Town & Country and Dodge Grand Caravan minivans. The Chrysler Town & Country won the JD Power “Best Initial Quality” award in the minivan segment. Her current responsibilities include managing Chrysler’s Engineering Research and Development budget, timing, and resource management, as well as leading the engineering team to optimize material costs savings across all platforms. She was co-chair of Chrysler’s Engineering Talent Management Committee, which focuses on career development for entry and mid-level employees. She also co-chairs the Chrysler African American Network, which supports recruitment, retention, mentoring, and community service. She has been board member, since 2006, on the Detroit Area Pre-College Engineering Program, which provides STEM support in metropolitan Detroit. She holds bachelor’s degrees in industrial engineering from Columbia University (1988) and physics from Fordham University (1987). 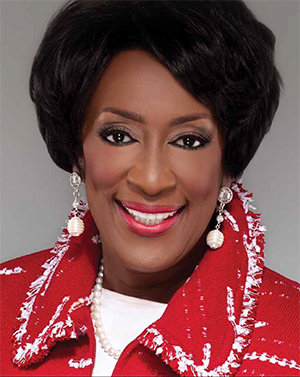 Gwendolyn Boyd is a graduate of Alabama State University with a bachelor’s degree in mathematics and a double minor in physics and music. She earned a master’s degree in mechanical engineering from Yale University, becoming the first African American female to do so at the institution. Boyd began her career at the Johns Hopkins University Applied Physics Laboratory (APL) as an analyst for the navigation subsystem of Polaris, Poseidon and Trident nuclear submarines. She now serves as executive assistant to the chief of staff and manages the ATLAS Scholars programs, which recruits interns from historically Black colleges and universities (HBCUs). Boyd also sits on Tuskegee University’s Advisory Council for the College of Engineering, Architecture, and Physical Science. She is a member of the Society of Women Engineers (SWE), and served as president of Delta Sigma Theta Sorority, Inc., which has over 200,000 members in more than 950 chapters throughout the world. A few of her accomplishments during her tenure include endowment and payment of a $1 million scholarship in honor of its founders at Howard University. She also received a $1.6 million grant from the National Science Foundation to establish Project SEE (Science in Everyday Experiences) for middle school African American girls. 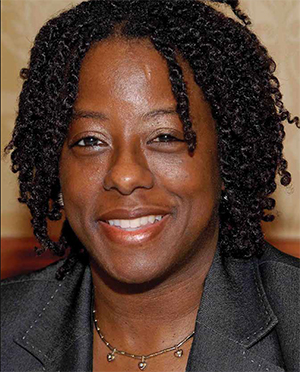 Dr. Ruthie Lyle is the top black female inventor in the United States. Her contributions span technologies including smarter planet, green technologies, collaborative software, pervasive technologies and virtual worlds. Over eight years, she has accumulated over 65 patents and more than one hundred and forty patent applications at the U.S. Patent and Trademark Office. Additionally she has ninety plus invention publications featured on IP.COM. Since joining IBM as a hardware engineer in 1999, Lyle has submitted over 375 patent disclosure submissions covering hardware and software inventions. She defined and delivered a 1st Time Inventor Program that helped others capture their ideas and provides value to IBM. Intellectual property licensing is a significant business for IBM, with over $1 billion in annual licensing revenue. She earned a bachelor’s in electrical engineering from Northeastern University in 1992. Two years later she received a master’s degree in electrophysics at Polytechnic University. In 1998, she was awarded a doctorate in electrical engineering at Polytechnic University with the special distinction of being the first Black female to earn the degree since the inception of Polytechnic University in 1854. Dr. Lyle has also completed two marathon races, over five half marathons, multiple 10K races and 5K too.